skip to main | skip to sidebar

AROUND A TREE- URBAN TREE FESTIVAL, June 2010
Artists, activists and you!

"WHAT HE TOUCHED, HE ARORNED!", May 2010
Suresh Jayaram
Raghu Tenkayala
1.Shanthi Road 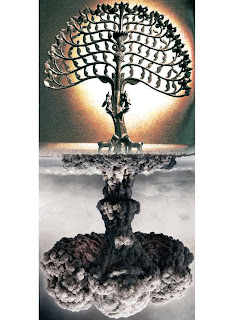 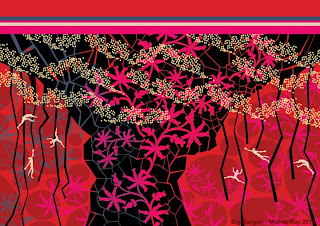 Maragala Meravanige(tree procession )is part of AROUND A TREE, an urban tree festival in Bangalore.

Ever since the city of Bangalore began a rapid transformation in its appearance, aesthetics, infrastructure and ecology, tree felling has stood out as a traumatic loss for inhabitants of the city. These trees have many meanings and utility for different groups of people, childhood memories of trees, landmarks and visual landscape, fresh air, shade and even urban identity. From vendors to school going children, the middle aged and youth, from auto drivers to two wheeler owners, from traders to residents, the groups are diverse and yet fragmented in their lament.
Some voices have come together in different parts of Bangalore to protest against loss of trees and the changing landscapes. Public parks like Lalbagh and Cubbon Park have been under threat by various governmental plans to create Metro stations or amusement parks and cut down trees that are our natural heritage. Some of these protests have worked, some not.

Here, today we bring you a collection of visual expression on trees. Angst, anguish, plea, awareness, celebration and reflection….